Guidelines for Disposal of Medications

This summer, a police department in Tennessee made news after a hyperbolic Facebook post about "Meth Gators" went viral. The joke was intended to create awareness to a growing problem of drugs and medications ending up the in the local water source that affect wildlife and may not be able to be completely filtered out of city water systems.  While the fabled Meth Gator is just a rural myth, disposing of unused drugs the appropriate way is a real concern. Improper disposal can cause harm to others.

Here are some guidelines to follow if you have unused drugs you need to throw away...

Filed Under: too many pills, medications, opioid

The Cost of Overmedication

Pharmacy costs keep going up. If you are one of the millions of people taking prescription medication regularly, you know this well. In fact, a study by The National Health Expenditure Accounts Team found that in 2016 a staggering amount near $329 billion was spent on prescription drugs in the U.S. alone.  That number is growing year after year. There are many reasons why this amount is so high, but one simple reason seems to glare at us above the others -  overmedication.

The High Cost of Hemophilia - Part 2 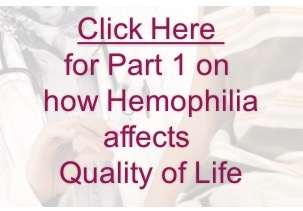 Hemophilia is a rare blood clotting disorder that affects approximately 20,000 people in the United States and an estimated total of 400,000 people worldwide.  The symptoms can range from mild to severe; but keeping it under control often dictates a need for prophylactic or preventative treatment to ensure that bleeding does not become an issue. Bleeding issues often lead to additional medical care, including hospital stays, which means additional costs for employers and the insured. Due to its rarity, the treatments are often extremely expensive. Hemophilia not only an impact upon a person's quality of life, but can be quite the financial burden as well.

The High Cost of Hemophilia - Part 1

Hemophilia is a rare clotting disorder that causes blood to not clot properly. It causes more than normal bleeding when someone is injured and can be life threatening. This very rare and usually inherited disorder affects approximately 20,000 people in the United States. The  severity of the disease can vary dramatically between affected individuals and the severity, from mild to severe would dictate the level of medical care one needs. It can not only be financially costly, something we will discuss in part 2, but also physically costly; which is what is discussed in part one of this article series.

Get our latest news & promotions